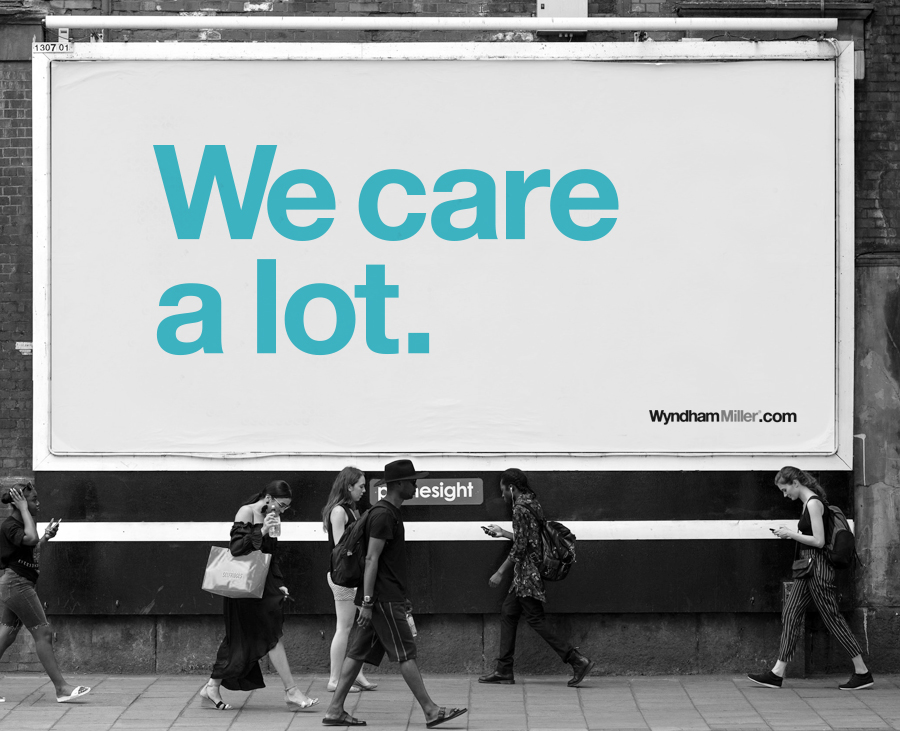 Founded in 2006, Wyndham Miller is a collaborative studio of thinkers, writers, and designers. We partner with our clients to develop projects from concept to delivery.

Our clients range from small start-ups to internationally recognized companies.

Beyond a logo, typeface, and color, brands need more to enable them to compete in the marketplace. We create those advantages.

From strategy and positioning, to visual and verbal identity, we deliver coherent communications that build brand credibility, recognition, and loyalty.

Our commitment to good design is reflected in the many design industry awards we have received - including three PAC Global Awards. Our work has been featured in Creative Quarterly, AIGA’s Design Showcase, Communication Arts, and LogoLounge.

With more than 35 years of experience in the design industry, Mike has cultivated the skills necessary to build successful brands. He lectures on design and is known for his work with brands such as Kellogg's and Little Debbie.


With a strong background in identity design, David's portfolio demonstrates effective, award-winning work for clients such as Bridgestone, Sony, and Bose. His work has been featured in Wired, Communication Arts, and LogoLounge.


Ben earned his communications degree from Washington University. Prior to joining Wyndham Miller, he worked as an assistant editor for The Washington Post and copywriter for AARP.


Jodie joined Wyndham Miller fresh from a master’s degree program in graphic design at the Academy of Art University. Her work has been featured in Creative Quarterly, AIGA’s Design Showcase, and LogoLounge.


A graduate of the Corcowan School of the Arts & Design, Walter joined Wyndham Miller in 2014. His work has earned a PAC Global Award and has been featured in Dieline and Create! Magazine. Walter is also a bicycling enthusiast and hosts a podcast called Spoke.


With a degree in visual communication - specializing in packaging design - Ashley has worked with several high profile clients since joining Wyndham Miller in 2021. Having formerly worked in the flexographic printing industry, she brings extensive pre-press knowledge to the agency.

A public relations specialist for most of her career, Kate takes on all aspects of operations for WM. Formerly with IDM Group, she has worked with a variety of high-profile clients including AT&T, Nestle, and Chase Bank.


Rebecca has been an integral part of our team since 2010. She achieved her Project Management Professional (PMP) status in 2012 and has oversight of all projects to ensure consistent and successful delivery.

Gary's focus is on business strategies, product and service marketing, and brand development. His extensive experience provides him with key business strategy and insight into maintaining successful client-agency relationships. Outside of work, Gary is building his own boat from Western Red Cedar.


Melissa oversees day-to-day operations and is responsible for all administrative functions for the office. Prior to joining Wyndham Miller, Melissa worked onboard a cruise ship.